LARP games come in all shapes, sizes and genres. Often times when entering in a new LARP game, it can be difficult finding your way. Either you are new to the Genre or new to LARP in general. What works for a Table Top campaign doesn’t necessarily work well in a LARP setting. Almost all new players to LARP struggle with how to approach the character creation process. The following are a few things to keep in mind when making a new character that can be applied to almost all LARP games.

1. Learn with your character.

Often when making a new character, you are new to the genre and don’t know much about the game. No one expects every player to know everything, that is unreasonable in the best of circumstances. Instead of creating a long-standing character or one that has a lot of knowledge, start off fresh. Make a character that knows nothing about the situation they are in. Be they a Vampire, Zombie or Viking. There is always an option to be brand new and know very little. If you enter game play with a character that doesn’t know much, then you and your character can learn together.

2. Stereotypes are in the books for a reason.

When reading about a type of character keep in mind how they are written. The writers of the game system put thought and effort in to crafting that race or clan. In essentially every RPG game everywhere 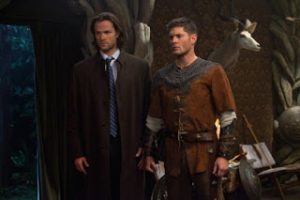 there are stereotype examples of characters. An extremely common mistake of new players is to try to deviate from that and be different. The thought there is that you will stand out. Usually you do stand out, as different. Different isn’t usually tolerated well. Especially if you don’t know much about the setting. If a character type is brash and loud, play one that is brash and loud. Don’t stray from what is written. Playing a character true to the game is far more rewarding than being outcast from the player base and not being able to participate in the game.

Your character didn’t likely just appear in reality. It has existed for years, and its helpful to have some information on what they have been doing that whole time. When writing backstories keep things simple. It is not necessary to add outlandish deeds and behavior to your character’s history. Yes you are likely stepping in to a fantasy game with outlandish people and creatures. But, your history is more easily assimilated by you, the other players, and the staff if it’s simple. You likely didn’t win a Nobel Prize, or kill Hitler. Keep things simple; where you were born, went to school, hobbies and pets. Less is more in some situations. Its common for people to be tempted to throw all sorts of absurdities in their story because they see the other characters that are currently in play, and have heard their crazy stories. Most characters don’t start with weird stories. Weird is what happens to them as the character is played. Allow your character to grow and change over time. The weird will happen, let it happen as naturally as possible. You will have your own crazy tales to tell over omelets after game, don’t be in a rush to get there, enjoy the time on your way.

4. Don’t tell everyone your backstory.

The face of someone listening to a backstory, instead of role playing.

Once you have finished writing your character’s story you are likely proud of it. I mean, you just spent all that time crafting the life history of a fictional person. That took time and effort and you should be proud. It is tempting to share your creative genius with others. Think of it in terms of reality. When you encounter a new person at work or the grocery store, do you tell them your life story? Do you hold up the line at the post office so you can be sure the desk clerk knows precisely how long you spent learning to sew? No. That would be crazy, and you’d get all sorts of awkward looks and frustrated sighs. While your story is likely the best thing that has ever been put to paper, not everyone needs or wants to hear it. Remember your character is a person that is NOT you, and they aren’t very likely to go tell everyone they meet their life story either. Allow the other characters and players to get to know your character slowly, and naturally through role play.

5. Don’t try to be a special snowflake.

While this step ties many of the others together, it seemed important enough to not gloss over. The term ‘special snowflake’ has been used across games and social media alike. It is often derogatory in nature. 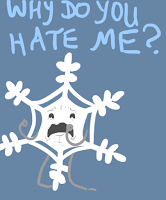 In an RPG setting it simply means that a character has been created to deviate from the norm in some fantastical way. Either with weird powers, items or behaviors. I can’t stress enough that stereotypes exist for a reason. Playing something that deviates not only robs you of essential character growth, it automatically puts other players on edge. Even without realizing it, they will treat you, or your character differently. Humans in general are creatures of conformity, standing out is not always the best option. This applies double if you are new to a game. Play something that is normal by the standards of that game, and you will find yourself included and people who are willing to guide and teach you quite readily.

LARP is a role playing game first and foremost, which means that role play should be the primary focus. Having all sorts of cool powers on your sheet will not assist in role play. When creating a character you are creating a person, that person has thoughts, skills, feelings, regrets, goals, etc.. Keep that in mind when making your sheet, if you focus on the powers you will lose sight of the character. If you walk in to a game and all you are is a sheet with some neat powers, you won’t be much good to anyone in a social setting. Powers can always be added later, personality can not. You have one chance at a first impression, use it wisely.

7. Whatever your character type does, do it well. 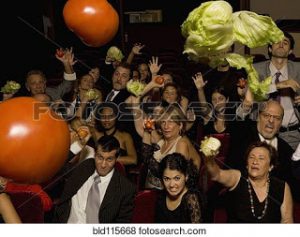 The last thing that crappy Bard ever saw.

We’re back to stereotypes, and still with good reason. Everyone wants to be different, resist that urge. I cannot stress that enough. If you are playing a bard, be a really good bard. If you are playing a fighter, be a really good fighter. Focus on what you can do well, and do it. Obviously you aren’t going to be the best there ever way right at character creation. But, you can aim for that status as you play the character. You will gain Experience Points that you can use to add to your character’s skills. Spend those points on what your type of character is good at. I realize it may seem redundant since other people will have done the same thing, and you will never reach their skill level since they have more points. I assure you in every single LARP to ever exist, that is not the case. So buy up your skills that make you good at your skill set, and you will be useful to the other characters in the game. Make sure that if you’re playing a bard, you’re the bard they go to. It’s easier for other players and characters to accept a new character who fits in to their image of what it should be.

When you step in to play at an existing game, all the other characters are going to have earned more experience than you will have. To some that concept may seem intimidating. But you have read this blog post this far, and are now armed with knowledge to combat that sort of intimidation. Existing characters have seen other characters come and go over time. It’s not likely to be new to them that someone new arrives on scene. To have an existing character for a long time they likely went through much of what you’re going through getting started. Everyone began the game with no points, and they somehow managed to live long enough to acquire them. You can too. Don’t assume that because you have no points that you can’t participate. While you may not be able to help kill a giant boss monster, you can certainly assist in organizing the troops, or provide triage. There is a place for every one of every Experience level. Find the in-character leadership and directly ask what you can do to help. Being willing to assist and learn will likely gain you a lot of favor from the more experienced players. Don’t count yourself out of a game because you don’t have points, if that were the case the game would not have continued after the first character died. Role play requires no points!

9. It’s ok to be a support character for a while.

Its tempting to run in to a game and hit things face first. Sadly that isn’t a very good way of keeping a character alive. Your character is new, and doesn’t have a ton of points, so you are probably kinda squishy. It would be wise to avoid certain death situations. Instead, provide support to the characters who have the combat skills to beat the end level boss. Does your character make weapons you can share? Do you have a magic spell that will let you boost someone’s stats? Maybe you are a really good get-away driver. Focus on what you do well, and offer that skill up to the party. Even ask them what they need directly. Plotting a raid to go kill a big ol’monster takes a lot of work and can get hectic. Grab paper and a pen to help them keep track of information! Worst case scenario is you watch and listen, see how they put their plan together and learn from their success or mistakes. Because one day before you know it, it will be your turn on that raid, and that experience will serve you well. 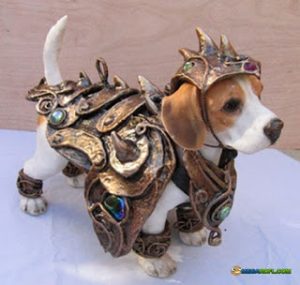 There are a few key points that I feel you should take away from this article. Keep it simple. Keep it normal. Keep it fun. Focus on what the game is supposed to be, and do your best to fit in to that world and story. Be willing to learn, and above that, be willing to ask questions. Ignorance is only defeated by questions, never be afraid to ask.

Most LARPers are friendly people, and enjoy helping others to learn the game. It’s something they care a great deal about and love sharing that with others. Now that you’re all ready, go out there and get to LARPing!

Written by One World by Night Marketing Coordinator Holly Race 2017