The Night In Question

Jackalope Live Action Studios is planning a fantastic World of Darkness LARP.  The theme ‘The Night in Question’ will be played at Cauldron’s Keep outside of Austin Texas on November 17th.  Not only is this shaping up to be one amazing event, they have invited One World by Night to join them! 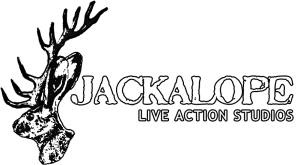 “The Night in Question is set in White Wolf’s World of Darkness, and plays on the backdrop of a centuries-long war between the Camarilla, a sect of vampires instituting a vast conspiracy to keep the existence of vampires a secret from humanity, and the Sabbat, a sect of vampires who espouse their superiority over human ‘cattle’ and wage a holy war on the Camarilla in preparation for a prophesied end-of-days. Eschewing civility and politics, The Night in Question elects to instead explore the monstrosity and ferocity of the Sabbat and their dark agenda.

Most players will take on the roles of unknowing humans out for a night of dancing in the rural areas of central Texas who find themselves swept up in a frenzy of feeding and forced recruitment. Others will take on the roles of the monsters who walk among them searching not only for prey, but for those with the potential to serve as soldiers on the front lines of the coming battle with the Camarilla. Working together in a collaborative play-style known as Nordic LARP, players will explore the physical and emotional wounds vampires can inflict upon their victims and each other.

When the ashes from the fires settle and dawn rises on the next day, one question will remain. One question that can only be answered by the ones who were there and survived:

What terrible things did you do on the night in question?”

To keep their role play as immersive as possible they use their guide to ‘LARPing Hard and Safe’, which is a great read even if you don’t plan to attend.  Jackalope strive to keep their games rolling and intense with as few OOC disruptions as possible.  They also have an issued Content Warning which should be checked out by anyone considering checking out the event.

Along with the invitation for One World by Night to participate in the event, we were given seven tickets/characters. 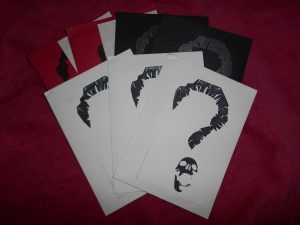 Of the tickets we have the Marketing Team will likely be holding a raffle to make sure everyone has the chance to attend.  Keep an eye out for announcements on how you can take part and possibly win yours!